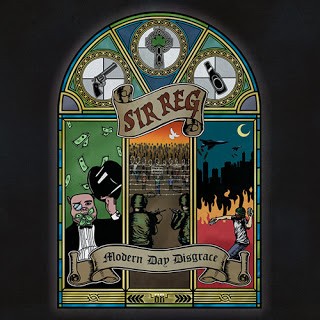 
In August 2014 Sir Reg signed with a new label linked to Sony, Gain Music Entertainment. Every band’s album had been chosen The Best album for Celtic Rock & Punk for 2010, 2011 and 2013 by Paddy Rock Radio. They had a huge following, even if some people felt that they were the teacher’s pet. When their third album, “21st Century Loser” was out, it got more positives than negative reviews, but it was obvious that the Swedish band had chosen to push forward on their Britpop influences and their polished sound. Some people have gone (Erik Dahlqvist, the charismatic drummer) and some members have arrived (Filip Burgman on mandolin and Tommie Fagerberg on drums). So I guess that everybody was interested in listening to the new Sir Reg’s album: a step forward or a comeback to their origins?

Brendan and his bandmates have chosen a sort of compromise. There are kick-ass Celtic punk anthems like the opener “End of The Line”, “Boys of St. Pauli” (the “Drink Up Ye Sinners” of this album) and “Breaking Down All Borders” (the “Til the Dead Come Alive” on this album). There are also some fast-paced songs with some Britpop arrangements, for instance “Drinking Like a Dane” and “All Saint’s Days”, and there are some proper Britpop gems like “Johnny” and “Won’t Let You Cry”. But the new addition to the mix is an Irish ballad in The Dubliners vein, the brilliant “The Wrong Bar”.

For Sir Reg, Celtic punk/rock and Britpop are not separate worlds. The band has been able to create its own sound and, using the title of one of their songs, they break down all borders and shift softly from one genre to the other. Moreover, some of their most “punk” lyrics can be heard on the Britpop numbers.

Competition is tough and probably “Modern Day Disgrace” won’t be the best album of the genre in 2016. However, it will be at the top of all the lists at the end of the year. Highly recommendable album. 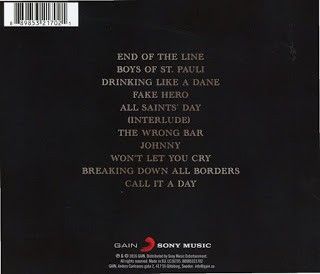