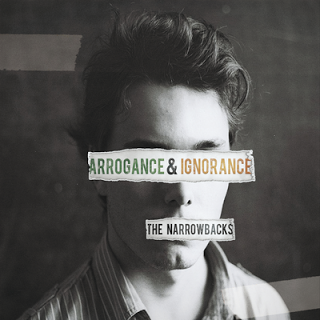 
The Narrowbacks have been following the footsteps of Black 47, The Prodigals and The Ruffians and right now they are at the top of the Irish scene in New York. The lads have just released their sophomore album, “Arrogance & Ignorance”, whose title comes from a phrase from a Malarchy’s McCourt’s book titled “A Monk Swimming”. The album comes in a digipack and was recorded over 16 months with Rob Freeman (who also plays piano on a couple of tracks) and Dave Dones at Rob’s studio in Boonton, NJ.

“Arrogance & Ignorance” is a big evolution for the band, since this time there are no covers of Irish standards. Yes, there are some traditional sounds, but it can’t be said that they are proper covers, since they are self-penned songs. The well-known football chant “Ole” has been re-arranged and Seamus has written some lyrics about the history of the Irish that emigrate to the USA. On the other hand, “Whiskey River” and “Out on the Avenue” are musically based on a couple of Celtic tunes, the former on “Hector the Hero” and the latter on “Out on the Ocean”. Rob guests on piano on “Out on the avenue” and amazing electric guitar parts are featured on both tracks.

Apart from Celtic punk/rock, The Narrowbacks visit other musical territories on the CD. For instance, they play classic R’n’R on “Rosie”; they deliver their own Christmas song, “Prodigal Son”; they have recorded a track sung by a boy and a girl (Emily McShane), the kind of song that every Celtic punk fan love; and, to close the album, the band have gone back to basics on “Bastards of the Borough”, acoustic folk-punk at its best.

Obviously, there are a lot of straightforward Celtic punk rock tracks: the single “Shannon” (video HERE), the amazing opening number “Banner County Soldier”, a song featuring guest Andrew McCarrick on flute about Seamus Grand uncle Matt; the excellent “Loisiada”, featuring Andrew on tin whistle and the song that BibleCode Sundays would have written if they were from NYC; the amazing “Home” with Andrew on tin whistle too; and, finally the top-notch number “4th of July”, one of my personal faves, with its banjo line and epic vocal harmonies. 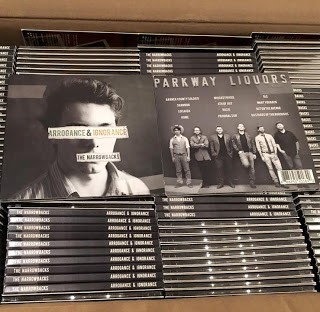 
After The Bombs – Relentless Onslaught LP+EP