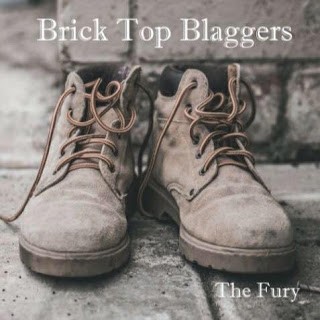 
Fortunately, Brick Top Blaggers are back with a 6 track EP titled “Fury”. The band from Orange County, California is one of our fave bands and they released two brilliant albums in 2011 (“Coaster”, review here) and 2013 (“Two Years Enough”, review here) apart from an EP in 2013 (“Plastic Paddy”, review here).

Some line-up changes have taken place. Nolan Bryan Lynch played banjo, mandolin and bouzouki from May 2011 to December 2014 and now Bill Singer plays those instruments. Phoebe Camiletti was the fiddler for a couple of years, but she left the band at the beginning of 2016 and the current fiddler is another girl, Karin Dell. And above all, one of the founding members and most respected musicians on the So-Cal Celtic punk scene left the band in October 2015

to spend much needed time with his family: accordionist, whistler and piper Matt Maulding.

4 years have gone by since their previous CD was issued, but the wait was worth it. “The Fury” is a badass EP. After several spins, you will feel that it’s too short. Yes, the quality is so high that fans will be looking forward to listening to a new full album soon.

The first tow cuts are high voltage Celtic punk. “On the Mend” showcases Bill’s mandolin and Daniel’s guitar. Their duel is followed by Karin’s fiddle, and Steve vocals are spotless. “Bloody Knuckles” is a fiddle led song with an amazing guitar work by Daniel. Steve reminds me of Mark Chadwick, the Levellers vocalist.

The next two tracks have a similar slow start with fiddle and guitar, but they evolve in different directions. “One Word”’s intensity is growing little by little, but “The Fury” burst into an excellent Celtic punk number.

“Last Call” is a highlight and will soon become a crowd favorite. Catchy number with banjo, fiddle and chorus to sing along. The closing track, “The Mountain” is the longest song on the EP and gets a (folk)rock treatment.

“The Fury” has been released at Get Shamrocked festival in Murrieta, California and, will be soon available at the main digital platforms. Grab a copy and enjoy. I’m sure that “The Fury” will be at the top of the Best EPs of 2017. 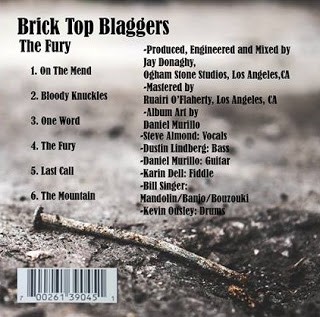