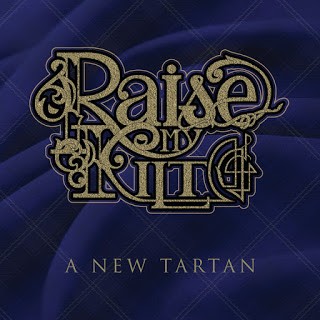 
Before you get overwhelmed by all the CDs that are going to be released next St. Patrick’s Day, I’d like to draw your attention to the new offering by Raise My Kilt. The bagpipes punk band from Buenos Aires was one of the best surprises of 2017. Their first CD “Gaitas and Tanos” consisted of 4 tracks. Luckily, the lads have recorded 6 numbers for their long awaited sophomore EP “A New Tartan”.

The new EP follows a similar path to the previous one. The balance between covers and new stuff is spotless. “A New Tartan” kicks off with the title track, a kick-ass instrumental intro. The early Dropkick Murphys and Black Tartan Clan come immediately to mind.

“New Arcadia” is a banjo led punk number with an electric guitar part that features the well-known “John Ryan’s Polka” at the end of the song.

Great minds think alike! Galician band Bastards on Parade used to play Cock Sparrer “We’re Coming Back” at the end of their gigs. And Raise My Kilt deliver an amazing cover based on banjo and pipes.

Finally, Raise My Kilt play their own rendition of “Scotland the Brave”.

If you like Black Tartan Clan or the early Mudmen, Raise My Kilt is your new fave. At least they are my bagpipes punk band of the moment. Come on guys! Six songs are not enough. We need the debut album asap!!!