Album: Walk Together, Rock Together 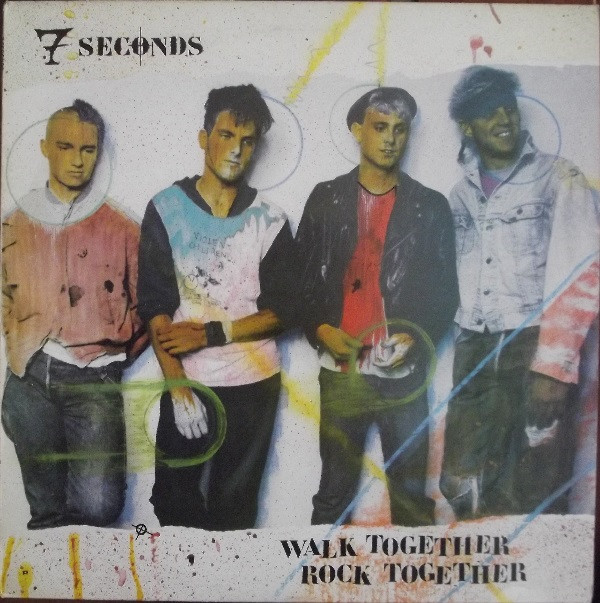 Some copies come with a printed lyric sheet.
Tracklist for Side A is wrong on back cover and label, corrected here.

Recorded at Inner Ear Studios (Side A).
Live tracks recorded at Fenders Ballroom, Long Beach CA, June 1985 (Side B).
Mixed at Westbeach Studios, LA, CA, January 1986 (Side B).

Green labels.
"Made In France" printed on both labels and bottom right hand corner of back cover.

Also pressed on red, blue and white vinyl (300 copies of each colour.)