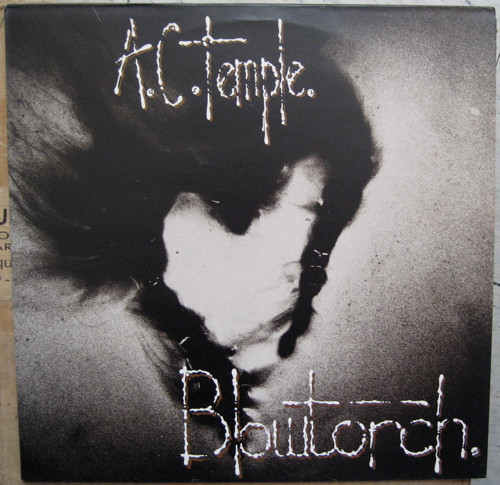 Formed in Sheffield in 1985, A.C. Temple were a powerful UK counterpart to the abrasive experimental guitar bands coming out of the USA around the same time.

Early vocalist Giles soon took a back seat to Bromley but remained a co-lyricist to the band throughout their career. However, it was the classic line-up of Bromley, Kilbride, Woodward, Hartley and Waterfall who recorded their seminal 'Blowtorch' LP and a session for John Peel on Radio 1 in 1987. Critics made favourable comparisons to Sonic Youth and Big Black (Kilbride, in fact, had acted as Big Black's driver for their final UK tour and is one of the named recipient's on Shellac's 'Futurist' LP) but the swirling intertwined guitars and extreme down-tuned bass, combined with Bromley's sonorous vocals and Waterfall's thunderous drumming, were distinctively theirs.

Subsequent line-up changes saw Chris Trout (from Kilgore Trout) join and more melody and light enter their songs, culminating in the ethereal LP 'Belinda Backwards', before they split in 1993 (leaving some new songs sadly unrecorded), under-appreciated and under the radar to the end.