Album: How Ace Are Buildings 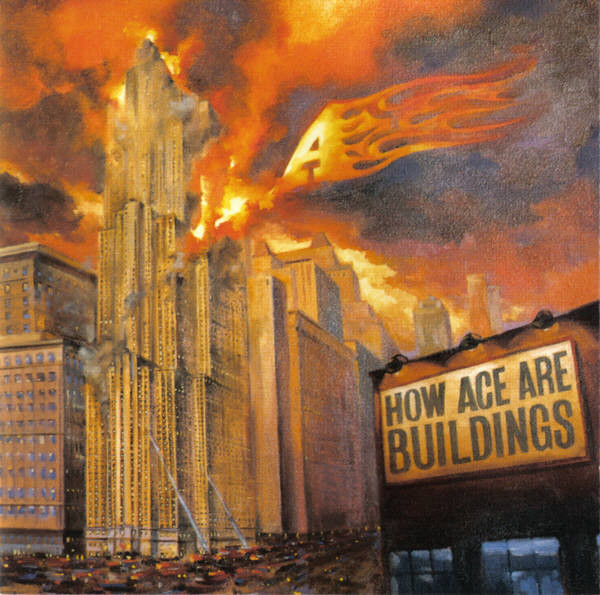 Alternative rock band formed in Suffolk, England in the early 1990s by brothers Jason Perry, Adam Perry and Giles Perry alongside Mark Chapman and Stevie Swindon after the Perry family moved there from Leeds.

'A' were originally called 'Grand Designs', but abandoned this name in 1993, before signing with Warner Bros. Records in 1995. They released their first album 'How Ace Are Buildings' in 1997. After this, bassist Stevie Swindon left and was replaced by Daniel P. Carter (current host of BBC Radio 1's Rock Show).

A licensing agreement for the U.S. and Canada was reached with Mammoth Records. Their second album ''A' Vs. Monkey Kong' was released in 1999 and followed by a live album 'Exit Stage Right' in 2000. Their third album, 'Hi-Fi Serious' was released in 2002.

Booklet:
Recorded Xmas 96 in California.
All tracks recorded at "Track Records" L.A. California. Apart from, "Turn It Up" and "Fistral", produced and recorded at "Alien" London, England. "House Under The Ground" and "Five In The Morning" produced at "Moles" Bath and "Courtyard" Oxford
All songs mixed at "Thomas Clubhouse" Santa Cruz, California, apart from "House Under The Ground".
Designed ay Yaht Associates.

Packaged in jewel case including a 8-page booklet with lyrics.
Track durations are not printed on the release.