AC/DC’s Brian Johnson triumphantly returns to stage to perform “Back in Black” with Muse at Reading Festival: Watch

In March 2016, AC/DC frontman Brian Johnson announced that, per doctor’s orders, he’d be taking a break from touring due to severe hearing problems. “I am hoping that in time my hearing will improve and allow me to return to live concert performances,” he wrote in a lengthy, heartfelt statement. “While the outcome is uncertain, my attitude is optimistic. Only time will tell.”

Time has proven to be on his side, as Johnson made his triumphant return to the stage on Sunday. The classic rock legend made a cameo during Muse’s set at Reading Festival, performing the 1980 AC/DC hit “Back in Black”. Check out footage up above.

The surprise performance marked Johnson’s first time doing an AC/DC song live in over a year. This past spring, he covered “Money (That’s What I Want)” alongside Robert Plant and Bad Company’s Paul Rodgers in Oxford.

“Such an honor to have the legendary Brian Johnson join us onstage at Reading Festival last night,” Muse posted on Instagram today, along with a pic of Johnson reveling in the moment and the crowd’s rapturous applause.

See more clips and pictures from the momentous night, including one in which Muse frontman Matt Bellamy gives Johnson a huge hug. 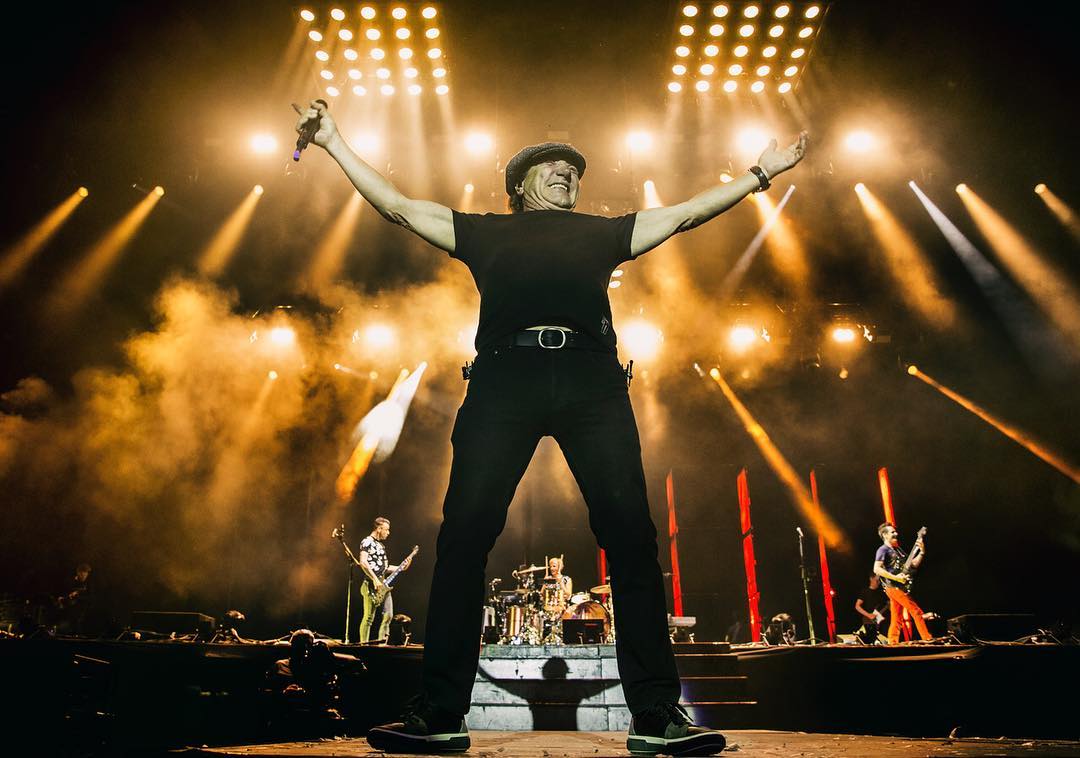 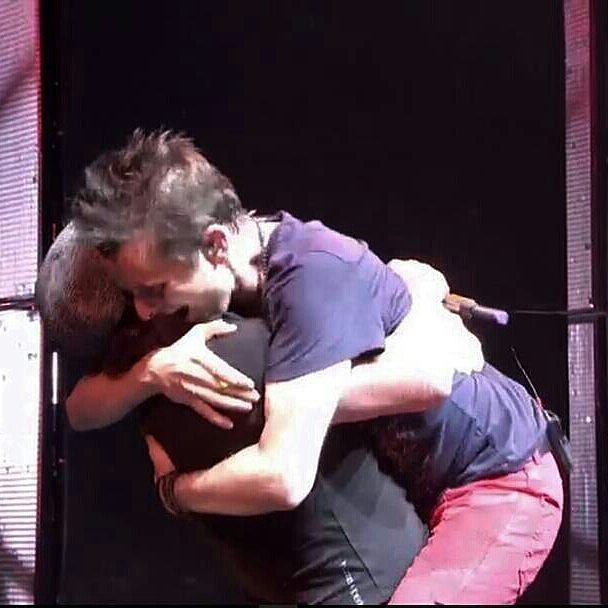 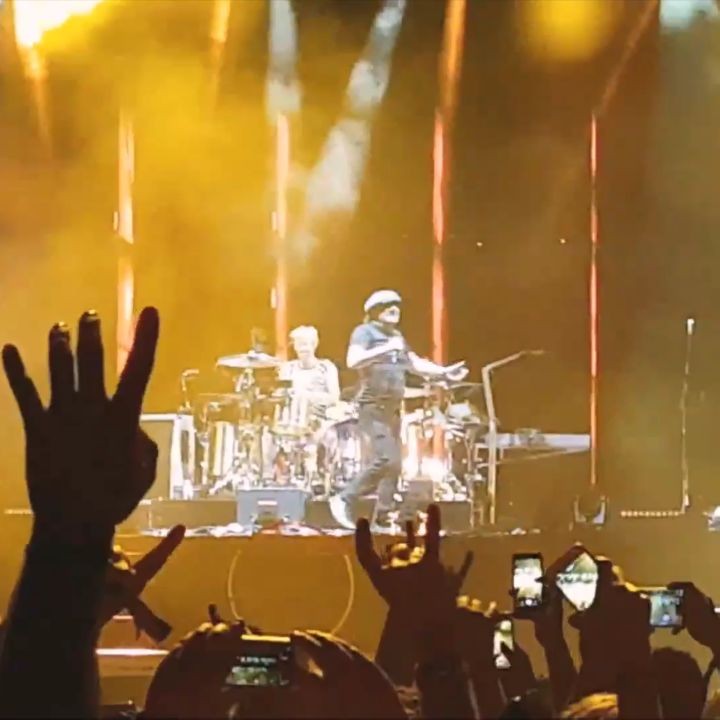 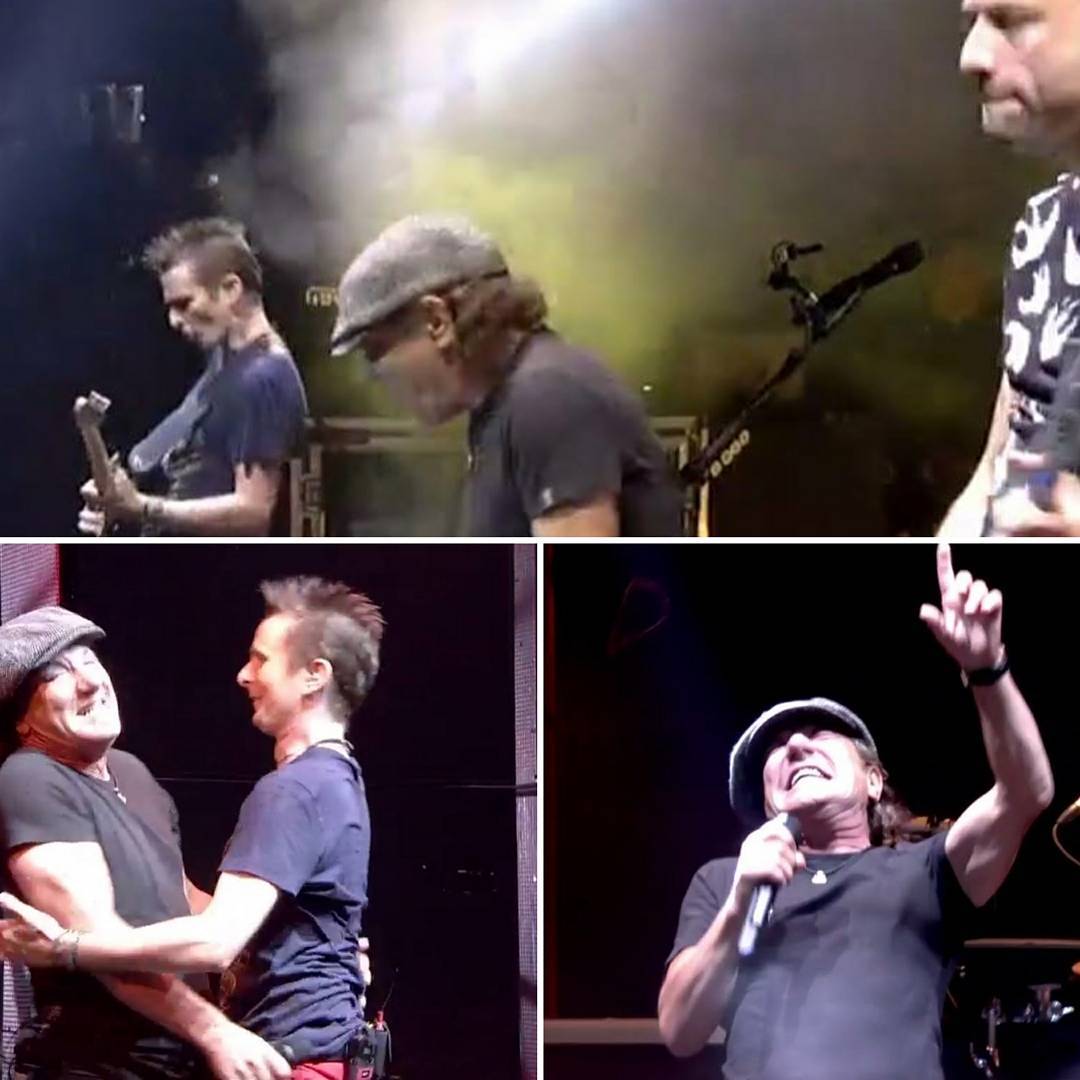 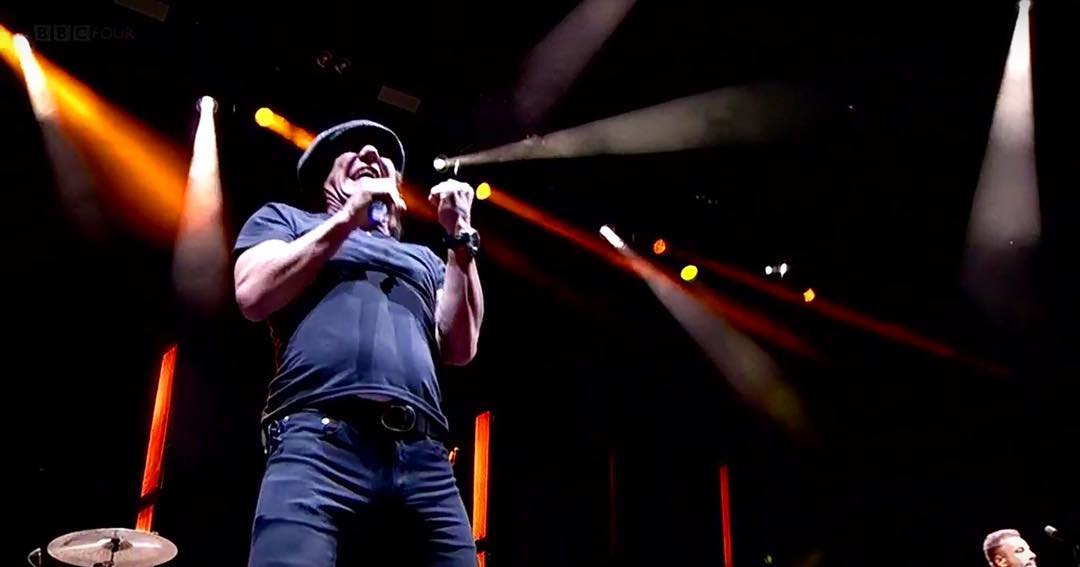 Eddie Vedder busks with street musicians outside of Wrigley Field in Chicago: Watch

The War On Drugs cover Tom Petty’s “Time to Move On” in Los Angeles: Watch