Album: The Untidy Suicides Of Your Degenerate Children 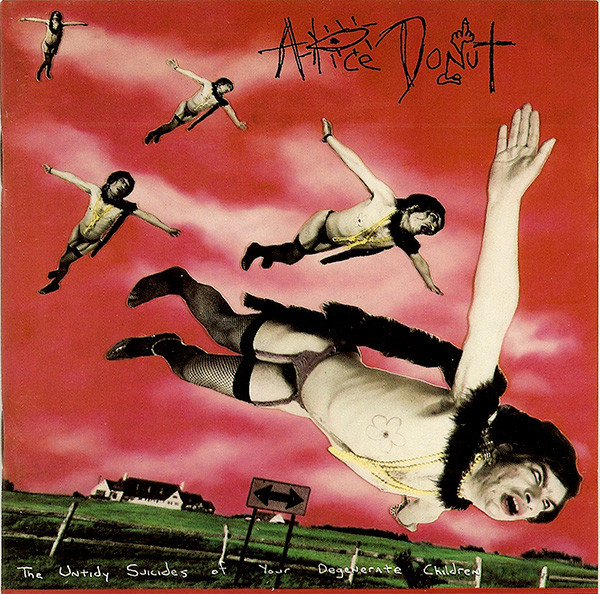 To paraphrase Donny and Marie, this durable New York combo was a little bit Frank Zappa, a little bit cacophonous punk. That combination makes its quirkcore expeditions either grin-inducing or grating, depending on one's ability to stomach the unique vocal style of frontman Tomas Antona, whose high-pitched screech falls somewhere between Perry Farrell and Sparks frontman Russell Mael on the weed-o-meter. While it took the quintet a while to find its footing — the first two albums are little more than extended, grad-school fortified fart jokes — Alice Donut did develop a knack for sniggeringly malevolent tweaking of mainstream and underground mores alike.

34 page booklet includes lyrics to all the songs.


Inside Out – No Spiritual Surrender (1990) CD EP Repress