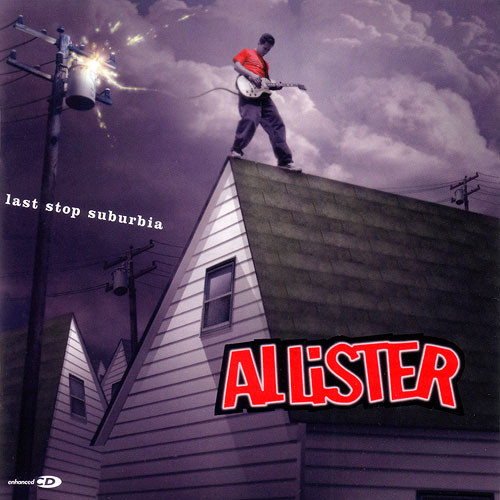 Allister is an American punk rock band from Chicago, Illinois. The four-piece formed in 1995 and were one of the first bands to sign to Drive-Thru Records. Besides releasing five studio albums – 1999's Dead Ends and Girlfriends, 2002's Last Stop Suburbia, 2005's Before the Blackout, 2010's Countdown to Nowhere, and 2012's "Life Behind Machines — Allister made a cameo appearance in the 2004 film Sleepover. On March 6, 2007, the band announced their intention to go on hiatus. In 2010, Allister reunited after a three-year break and releases the Album Countdown To Nowhere in Japan. The followup album Life behind machines was also an exclusive release in Japan.