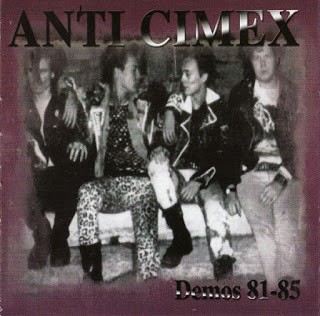 anti cimex were a swedish crust punk band, based in skövde, gothenburg, linköping and malmö, at different times, that formed in 1981. they were one of the first bands that define the scandinavian hardcore punk. their name is taken from the swedish pest control company with the same name. side A comprised of various demo recordings from 1982 – 1985. side B is the full anarkist attack demo from 1981. essential stuff. get it here

[Post-Punk] – ‘1981’ Complete Collection including the ‘Briefcase’