Album: End Of Time Plus One 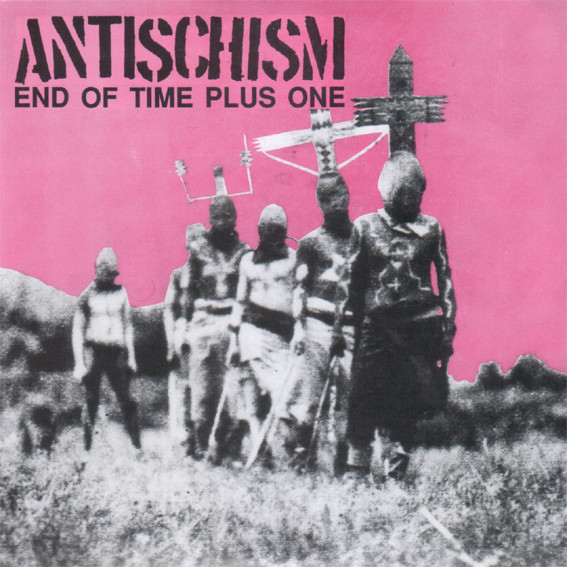 Defunct anarcho-punk band from South Carolina. Considered by many to be one of the best crusty peace punk / anarcho-punk bands of all time, Antischism combines fierce male and female vocals & powerful lyrics combined with fierce guitars & drums to create a unique angry and energetic sound. Some of the members went on to play in Initial State, Damad, .Fuckingcom and remain a force in today’s hardcore scene in Karst and Guyana Punch Line.

This record is a (uncomplete) repress of the out of print "End Of Time" EP (originally released on Stereonucleosis Records in 1990). The quality is vastly better than the original due to the fact that it's been remastered.

Songs C1, C2 were recorded in 1988 in some kind of warehouse in Columbia, SC.

Songs D1, D2 were recorded during the "Still Life" sessions in New York during the winter of 1991, at Fun City Studio.