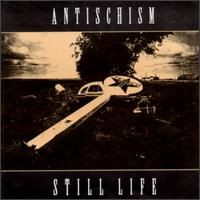 Defunct anarcho-punk band from South Carolina. Considered by many to be one of the best crusty peace punk / anarcho-punk bands of all time, Antischism combines fierce male and female vocals & powerful lyrics combined with fierce guitars & drums to create a unique angry and energetic sound. Some of the members went on to play in Initial State, Damad, .Fuckingcom and remain a force in today’s hardcore scene in Karst and Guyana Punch Line.