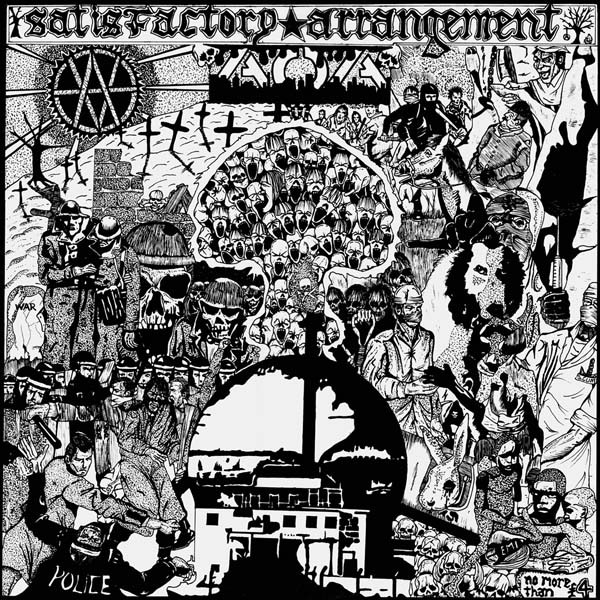 Anarcho / Hardcore Punk band from Scotland
A.O.A. = All Out Attack / All Our Anger

"no more than £4" marked in the bottom right corner.