Appendix – Money Is Not My Currency (1982) Vinyl Album LP Reissue

Album: Money Is Not My Currency 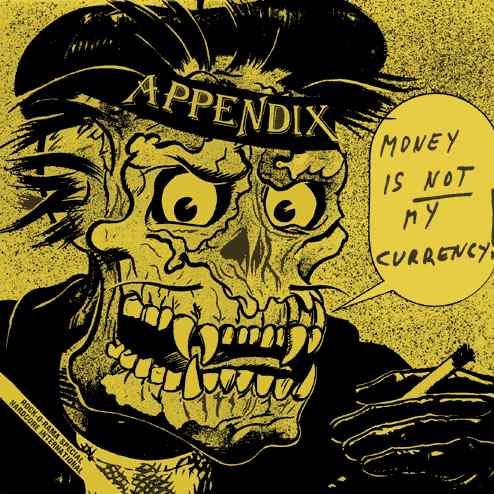 Originally released on the finnish Propaganda (7) label.
Tracklisting is listed in english.

Typos on sleeve and label sticker:
Track B2 - Priets
Track B5 - Cockroachs