Album: In This Life 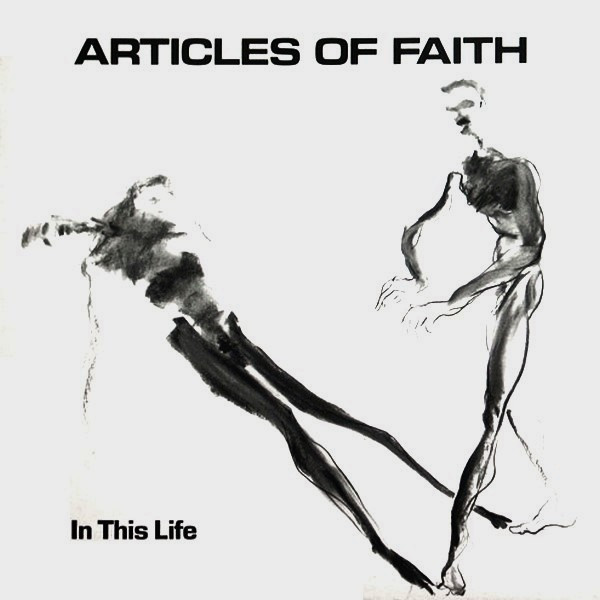 Hardcore punk band from Chicago, IL, commonly referred to as AOF. Started out as a 4 piece, adding guitarist Dorian Tajbakhsh in late 1983. They disbanded in 1985 after frontman Vic Bondi decided to move to Massachusetts. Their 2nd LP was released posthumously in 1987. In 1991, AOF reunited for a European tour. In 2010, it was announced that the original band had reunited and were planning to record.

Articles of Faith was noted for its musicianship and very left-wing political lyrics, although the band moved away from politics later on and focused on more personal issues. They also had a long-running feud with another Chicago band, The Effigies.

Including printed innersleeve
In This Life was recorded and most of it mixed Easter Weekend 1985-Good Friday, Passover, Easter Sunday and Monday-at Nicollet Recording Studios in Minneapolis, MN. The job was finished and a couple of tunes remixed the second Wednesday in January 1986.
All songs are copyright 1985 Metanonia Music BMI.
Copyright ® 1985