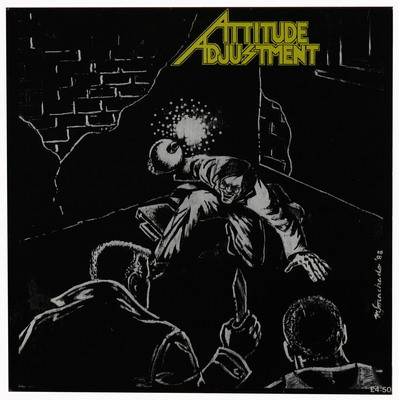 Andy "Airborne" Anderson the singer worked at a record store in San Francisco (the record vault on Polk Street), and was enthusiastic about all aspects of underground music. Attitude Adjustment played many gigs from the Farm, to Broadway, to Ruthies Inn. The bands appeal was borne from playing a blend of metal and hardcore punk, influencing many fans. Andersen now works in comedy, and drummer, Chris Kontos was in Machine Head (3) with some Vio-lence members.

Originally released in 1988 on A Matter Of Image, USA.