Music Album: Life Could Be A Dream 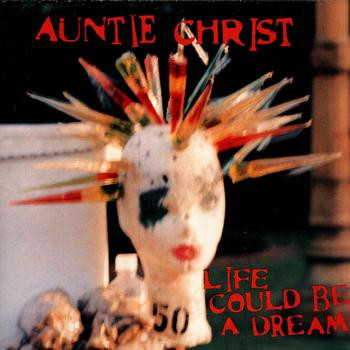 Auntie Christ was an American punk rock band from the late nineties consisting of Exene Cervenka on vocals and guitar, Matt Freeman on bass and D.J. Bonebrake on drums, they recorded one record and played an handful of shows.

The group was formed in 1996 due to Exene insatisfaction with her group X musical direction, she felt the group had strayed away from their punk roots and wished to return to them, but her bandmate John Doe was not interested, so she decided to form a new band with her other bandmate D.J. Bonebrake and they were later joined by Rancid bass player Matt Freeman, who was a big fan of X. The christening of the band is courtesy of Lydia Lunch, who ha (...)