Album: Rise Of The Serpent Men 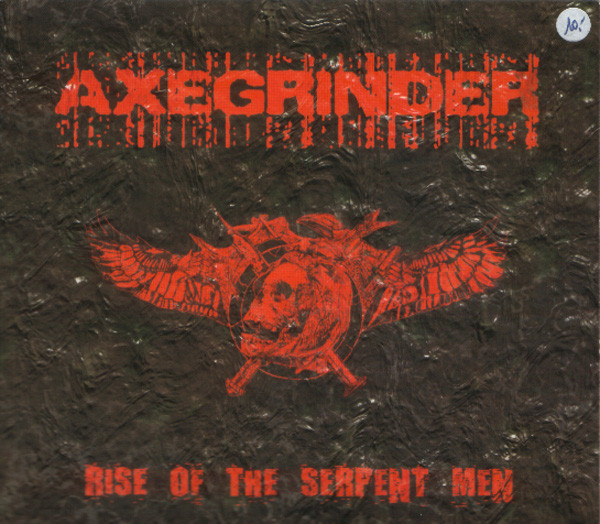 Initially a metallic crust punk band formed 1985/86 by Trev (2) and Matt (49) (members of Stone The Crowz) and Jel (7) and Steve Alton (both in The Proudhons). Early on known as Tyrants of Hate, the band changed their name to Axegrinder in 1986. Their crust/thrash style was influenced by Amebix, but has also been compared to both Motörhead and Venom (8).

In 1987, after the Grind The Enemy demo, drummer Jel left and was replaced by Darryn for the Live cassette recording. The band then signed with Peaceville, off the back of th (...)

Originally released on vinyl by Peaceville Records in 1988.

Bonus tracks are Demo I and Demo II by Wartech, the follow up band by Tev and Steve.

The Business – Welcome To The Real World (1988) CD Album Reissue