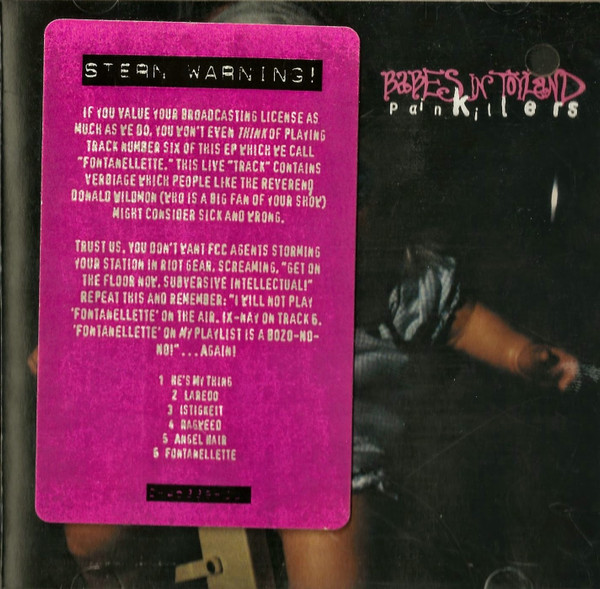 American Rock / Grunge band, formed in 1987 in Minneapolis.
Babes In Toyland split in 2001, but reunited more than a decade later in August 2014.
In August 2015 Maureen Herman announced that she's no longer with the band.
In 2020, Lori Barbero announced the band split once again.

The original version of He's My Thing appeared on Spanking Machine. The version on this disc is a rerecording.

Pink, rectangle sticker on jewel case cover states: STERN WARNING! If you value your broadcasting license as much as we do, you won't even THINK of playing track number six of this EP which we call "Fontanellette". This live "track" contains verbiage which people like the Reverend Donald Wildmon (who is a big fan of your show) might consider sick and wrong. Trust us, you don't want FCC agents storming your station in riot gear, screaming, "Get on the floor now, subversive intellectual!" Repeat this and remember: "I will not play 'Fontanellette' on the air. Ix-nay on track 6. 'Fontanellette on MY playlist is a bozo-no-no!" ...Again! 9-45339-DJ