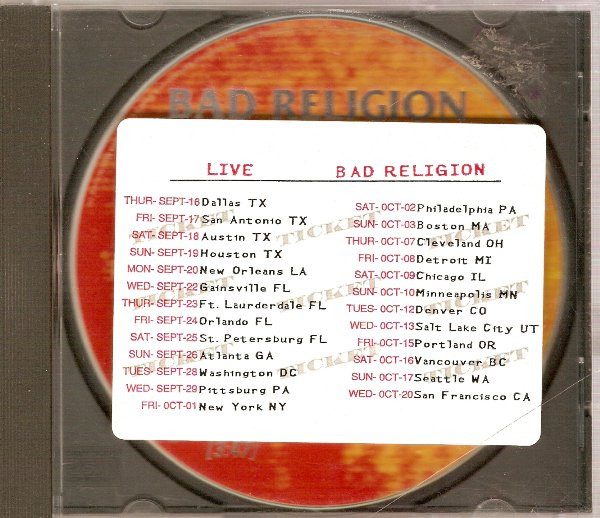 No front cover, only a tray card and sticker with tour dates for 1993's Recipe for Hate tour.