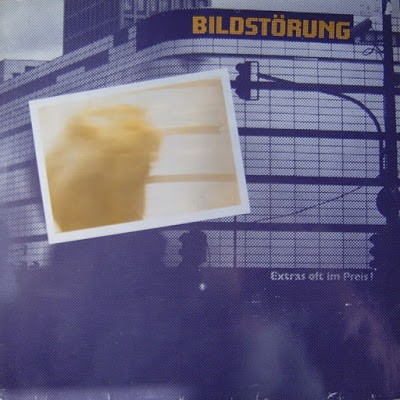 Bildstörung saw the light of punk 1979 in Frankfurt/Main, influenced by bands such as Mittagspause, KFC or Male, but also of British mod and ska groups. Maybe Frankfurt’s first punk band with German lyrics. Various gigs followed, mainly in the Rhine-Main area with other essential bands like Hans-A-Plast, ZK or Middle Class Fantasies. 1981 comes their first album with fourteen cool Punk songs out and in early 1982 start recording the second album, which is never released because the band dissolved shortly afterwards. In my opinion, now a classic one, even if the songs not much aggressive and they were put by the media into the NDW/Wave league, the label GeeBeeDee is not exactly famous for hard punkrock stuff, but this album is a contemporary relict of the early young age of punkrock in germany.
here