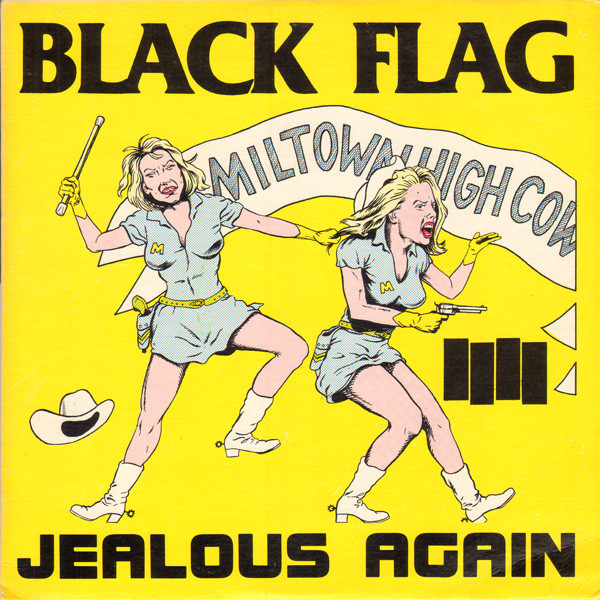 Black Flag was one of America's first hardcore punk bands. They emerged from Southern California to gain international prominence, touring enough to become a major attraction in virtually every city where a scene existed and undoubtedly inspiring others to get in the game. Via the band's SST label, Black Flag played an essential role in the development and popularization of American punk. Through countless revolving-door personnel changes — which spawned numerous spin-off bands along the way — Black Flag persevered until 1986, finally dissolving after locating and exploring the zone where punk and heavy metal intersect and overlap. Guitarist and songwriter Greg Ginn founded Black Flag in 1976 along with vocalist Keith Morris. They were intially called Panic, adopting the Black Flag moniker a few years later. Ginn remained the only constant member in the band until their split in the summer of 1986. In 2003, Ginn resurrected the Black Flag for a couple shows to benefit cat rescue organizations. These shows featured contributions from some old members as well as new players and reactions were mixed. In January 2013, Ginn announced that he was relaunching the band with vocalist Ron Reyes (the second of 4 vocalists to pass through the group in its initial run) with the intention of extensive touring and recording new material. At the same time, Keith Morris and one-time bassist and SST Records co-founder Chuck Dukowski launched Flag, which also featured former member (...)

Housed in a heavy pasteboard/tip-on style cover (cardboard colored inside, not white).

From the back cover:
Recorded at Media Art Studio in Hermosa Beach.