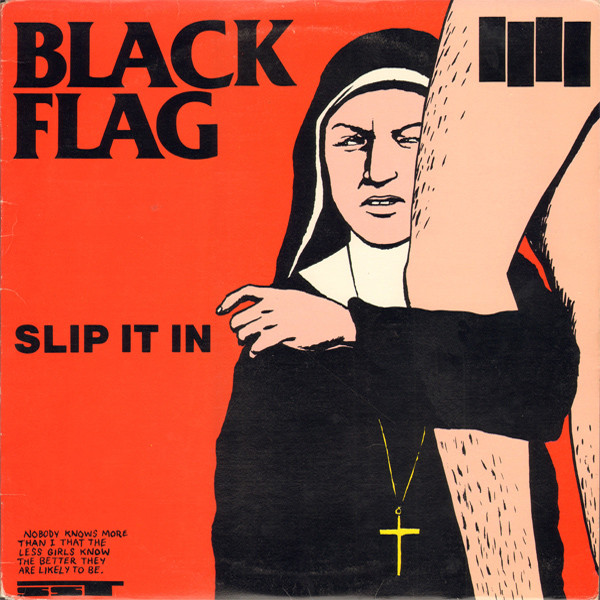 Text on front cover:
Nobody knows more than I that the less girls know the better they are likely to be.

The 1st pressing does not have a bar code on the back cover, the S-21574 and S-21575 etchings are missing and the labels show wide pressing rings.
It includes 2 b&w inserts: A SST Records flyer and a promo sheet for the Black Flag live '84 cassette tape.

It has later been released on translucent red vinyl.