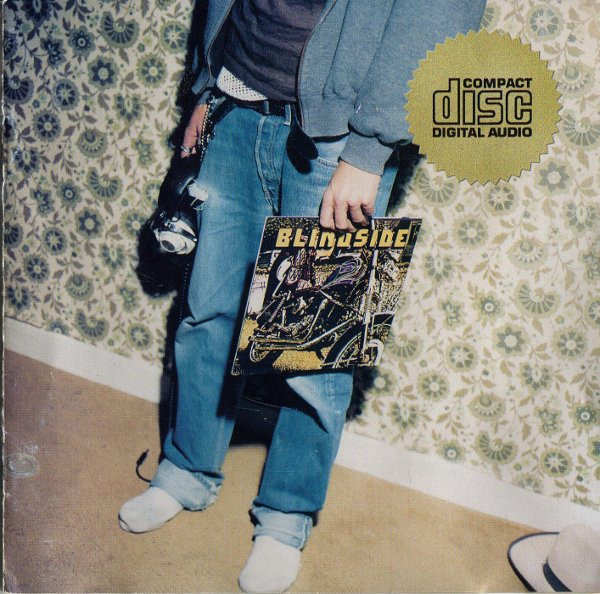 Blindside formed as friends fresh out of high school in Stockholm, Sweden 1994 as 'Underfree' and kept that name for two years before releasing their debut EP in 1996. Blindside plays post-hardcore. 15 years, 5 albums, and hundreds of shows in more than 25 countries.

Recorded and mixed at TV-Inter studios.

This is the original release on Day-Glo Records. The album was later that year licensed to Tooth & Nail Records / Solid State. The running order on that release is different; it omits "Sidewinder" and it features 4 extra tracks from the "Empty Box" EP.

The cover on this Day-Glo release is also slightly different in that it has the Compact Disc Digital Audio logo printed on it.

Track # 9 consists of actually two tracks. First it's "Never" which lasts about 4:27. Then there's silence until 9:30. The hidden track "Lova Herren" -which is a Swedish version of Psalm 117- starts there and lasts until 11:11. Then it's again silence and right before the end at 21:12 there's a little guitar noise for the last few seconds.