Album: Those Left Behind 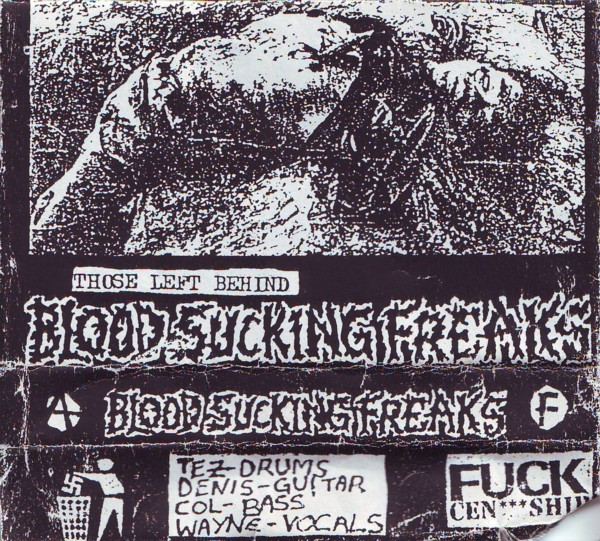 Blood Sucking Freaks were a British Crust punk band from the U.K. United Kingdom. They were known for a Scandi-crust style, which was their major influence.
First demo tape was in 1994 The band also had members of Doom, Extreme Noise Terror and other British Crust bands from the 1990's.