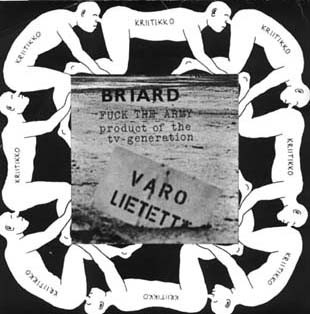 Briard is considered to be the first Finnish punk band. They released their first single in November 1977 and split up in 1979. They were reunited to record an album in 1983 and again in the mid 1990s.

Recorded at Microvox Studios in 20 June 1978 by Pekka Nurmikallio. Special thanks to Pekka's mom for coffee and pastry.