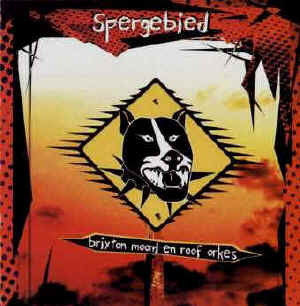 "Brixton" here does not refer to the Brixton in London, but to a suburb of Johannesburg, South Africa where the members of the band live: Drikus (Brixton) Barnard (on bass and vocals), Ockert (Murder) Greeff (on drums and brandy), Kapelaan Pat Plank (lead guitar) and Andries (Robbery) Bezuidenhout (on guitar and vocals).