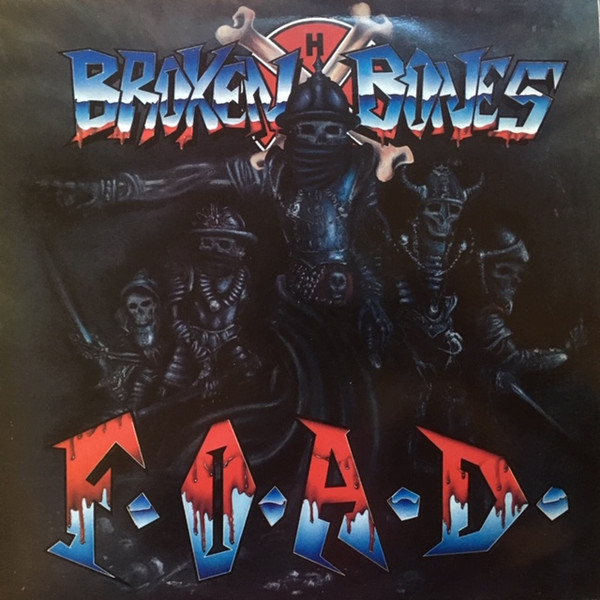 Broken Bones are a hardcore punk band from Stoke-On-Trent in England's West Midlands.
Formed in 1983 by brothers Tony "Bones" Roberts and Terry "Tezz" Roberts after they left Discharge. The original line-up was Bones on guitar,Tezz on bass, Nobby 'Mouth' on vocals and Darren "Baz" Burgess on drums. Their first single, Decapitated was released in January 1984 and reached number 10 in the British independent charts. The follow-up single Crucifix was released in May 1984, reaching number 12. Tezz left the band to join U.K.Subs and friend and roadie Paul "Oddy" Hoddy took over on bass. This new line-up recorded the band's first album Dem Bones, and toured Europe & the USA.
Oddy then left to join Conflict (2), Tezz resumed bass playing, and the Broken Bones - F.O.A.D. album was released with Karl "Egghead" Morris (of The Exploited ) joining in on rhythm guitar.
The band then had several line-up changes wi (...)

Track B1 to B9 (Live Side) recorded at the Fulham Greyhound London August '86.