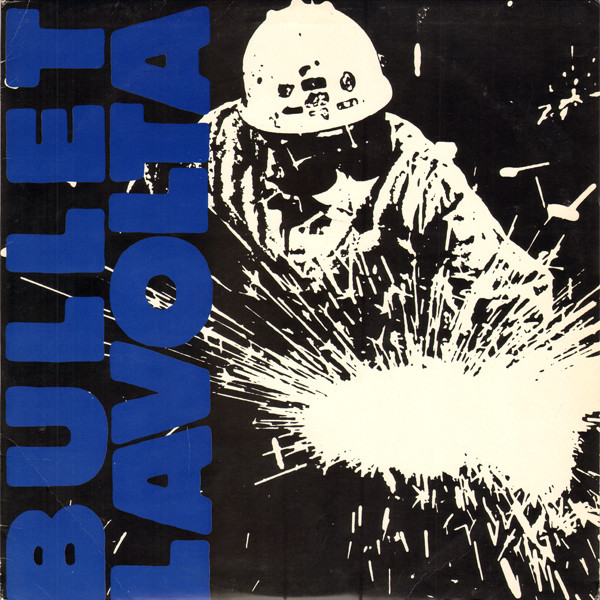 Bullet LaVolta was a post-punk band from Boston, Massachusetts, that was originally formed in January 1987 by four college disk jockeys: Clay Tarver (guitar, now of Chavez), Bill Whelan (bass), Corey "Loog" Brennan (guitar) and Chris "Cruster" Guttmacher (drums). The band later added singer Yukki Gipe after he responded to an advertisement. They played their first show at a dive bar in Boston called Chet's Last Call to a crowd of about fifteen people, but soon became one of Boston's most popular live acts. They gained most of their notoriety by playing college shows in Boston (usually at either MIT or Harvard, with bigger acts like The Lemonheads, Dag Nasty, and the Rollins Band). The band's style of music was a kind of punk, heavy metal and hardcore punk hybrid, having reminiscences of diverse bands such as Naked Raygun, Motörhead and early Fugazi.

Side one recorded at The Sound Loft, Brookline, MA in march '87

Side two was recorded, mixed, ect. at Walkworth Studios, Newton, MA in december '87

Includes a black and white dust sleeve with photos and lyrics on one side and a Taang! Record catalog on the other side