Album: Make It Or Break It 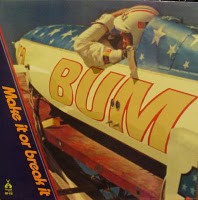 Produced by the band