Album: A Ticket For Everyone: Busted Live 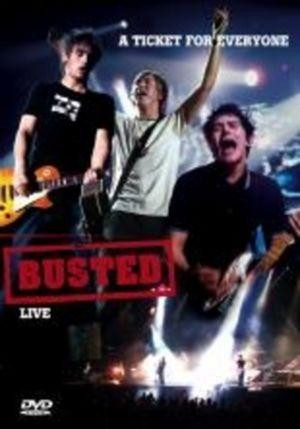 Live Concert Footage:
The artwork lists and numbers the 17 musical numbers of the live concert. 3 extra video sequences are found in this concert section - a short Introduction and an interval section titled Charlie Drum Out (both listed on the artwork but not numbered) and there is also a short after-show sequence with the band talking (not listed on artwork.)