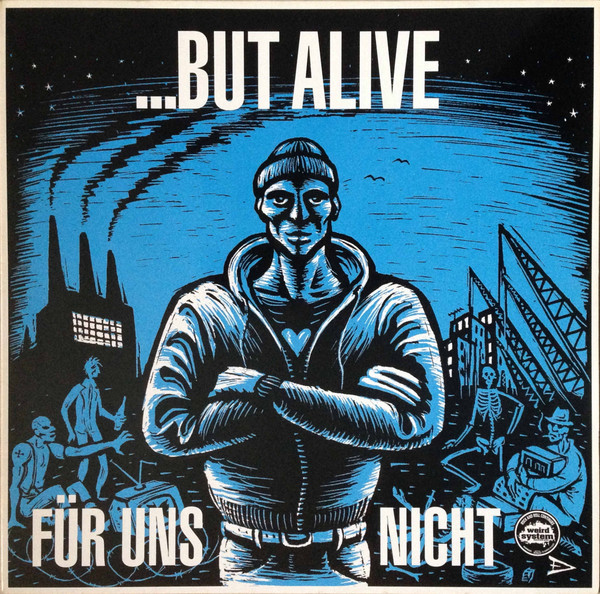 ...But Alive was a German Punk band from Hamburg. Formed in 1991, disbanded in 1999.
Marcus Wiebusch and Frank Tirado-Rosales went on to form Kettcar after the end of ...But Alive.

Track B7 is a bonus track not mentioned on the cover or center label, but known as "T-Shirts für 35 Mark" from their demo tape