Album: No Gods / No Managers 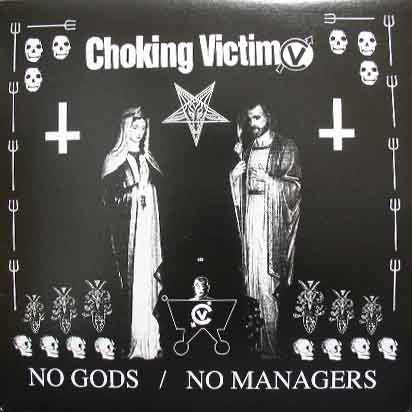 Influential New York City based squat punk band. The band has an unique style mixing Ska, Punk, & Hardcore into a sound they refer to as the Crack Rock Steady Beat. The band released several 7" EP's and one LP during the mid to late 1990s. Eventually the band was disbanded and members Stza & Ezra moved on to form the band Leftöver Crack.

(B7) - Is a bonus track. Not mentioned anywhere on the record or on the tracklisting on the sticker. Between B6 and B7 is about 10 seconds silence.