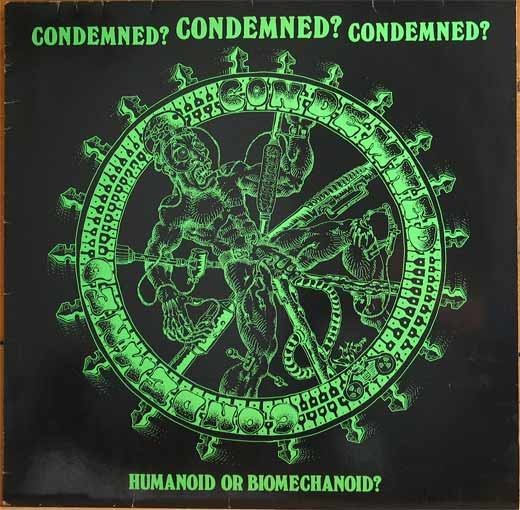 When Condemned To Death broke up, Keith the bassist moved to Australia to play in Death Sentence (4). He later did this project 'Condemned' with two members of Vicious Circle. Songs on their releases ended up being used musically as songs in Condemned Attitude, members of Attitude Adjustment and C2D (Condemned To Death).

Licensed pressing of the original release in 1986 by Reactor Records, Australia

A limited edition was pressed on green vinyl, regular edition on black vinyl (this version).