Album: Hate Us Or Love Us, We Don't Give A Fuck 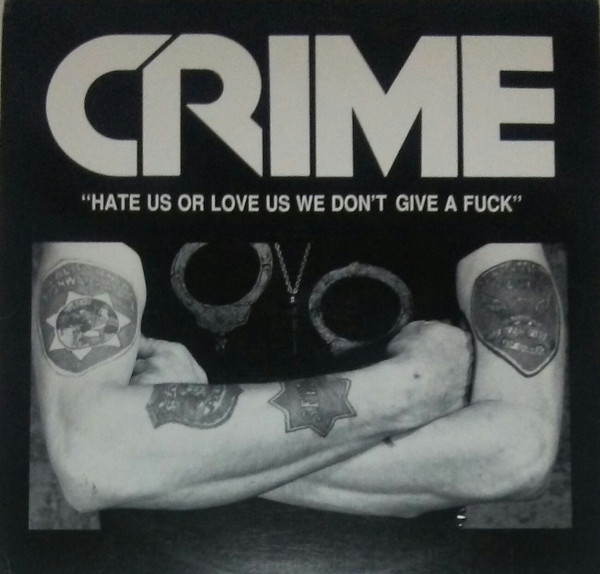 Crime formed in 1976 in San Francisco, California. Ricky James (Drums), Frankie Fix (Gtr/Vox), Ron The Ripper Greco (Bass) & Johnny Strike (Gtr/Vox) may well hold the dubious honour of being the first US Punk group to release an independent record, the self-financed "Hot Wire My Heart/Baby You're So Repulsive".

Official reprint of the "Terminal Boredom" bootleg (released by Out Of Darkness Records) with four bonus tracks.

Pressing credits are identified in runouts.