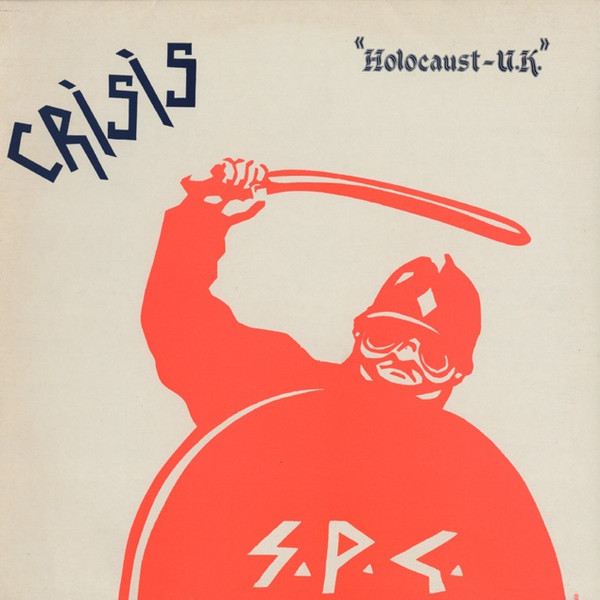 Crisis is a Punk band from London, UK.
Started out in late 70s with the rise of the punk movement. They were at the forefront of the political take on punk. Their songs were about the state of the country, the government and anti-Nazism.

Catalog numbers, mastering engineer and pressing plant not mentioned on artwork or label prints, but to be found in the runout grooves.

Handnumbered with pen on backside of the cover. Unknown how many copies are pressed in total