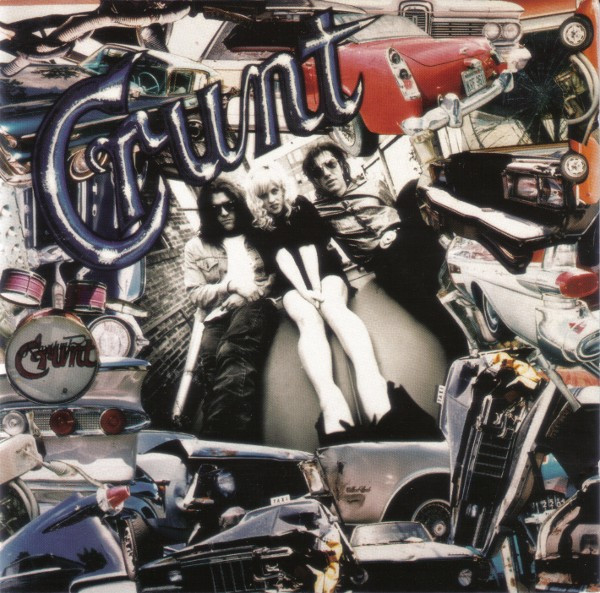 Crunt was an alternative rock band, together from 1993 to 1995. The band was formed when all three members were living in Seattle.
Kat Bjelland (bassist) and Stuart Gray (guitarist) were married at the time. The band was something of a side project for Bjelland (Babes in Toyland) and drummer Russell Simins (Jon Spencer Blues Explosion). Gray had previously been in Salamander Jim and Lubricated Goat.
In February 1993, the band wrote songs and recorded an LP, which didn't come out until February 15, 1994. The band made plans for a full tour for the release but that never eventuated. In 1995 Bjelland and Gray were divorced and the band broke up.

Made in Canada
Printed in Canada