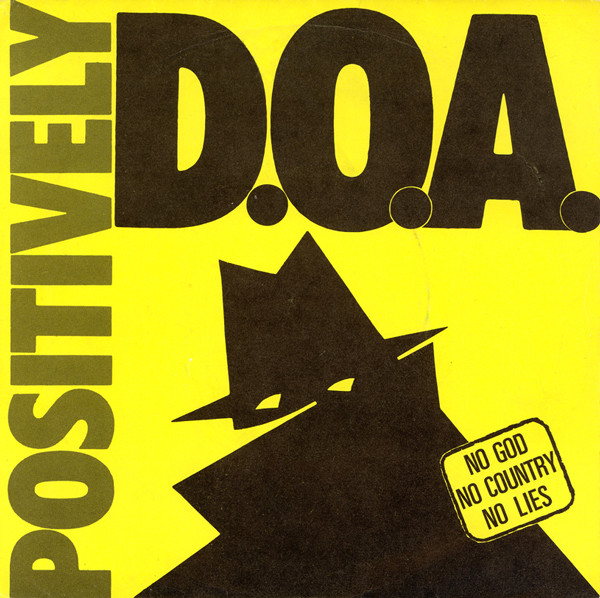 Compilation with some tracks from earlier releases, meant as an introduction of D.O.A. to the European punk scene. Track A1 "Fucked Up Ronnie" (a rerecorded version of "Fucked Up Baby" from their Hardcore 81 LP), and B3 "New Wave Sucks" (a new version of "Disco Sucks" from their first 7"), both released here for the first time.
UK pressing only.
Subtitle: "No God No Country No Lies".