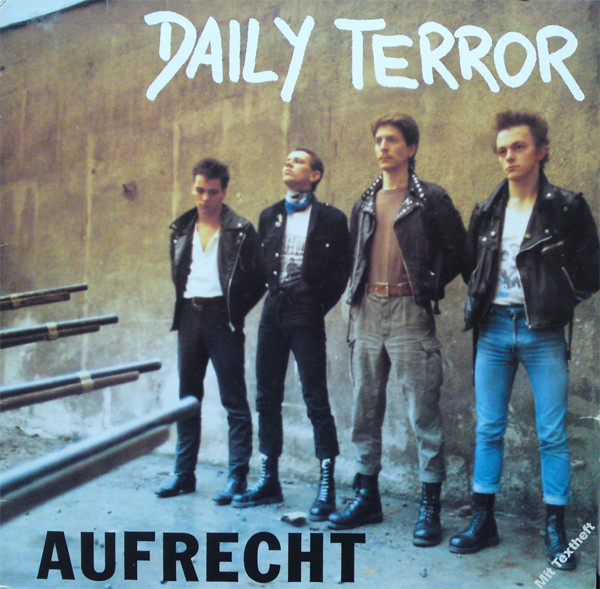 Daily Terror was a successful German Punk band formerly known as Bombed Bodies in the late 1970s. They changed their name to Daily Terror in 1980.

In 2006 Pedder and the rest of the band parted ways. Pedder continued with Daily Terror, while the other band members formed a new band called Daily Terroristen.
Pedder Teumer died in 2009, there has been no activity of the band since his death.

Made in West Germany.