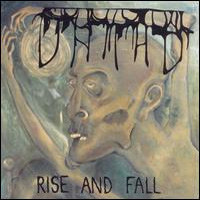 Damad was an American Sludge Metal / Punk band from Savannah, Georgia, formed around 1994.
After the band split in 2000/2001 the members went on to form the bands KYLESA and Karst (6).

Comes with printed inner sleeve with lyrics and images.