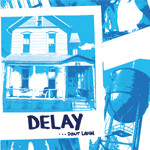 A pop-punk trio formed in the Cleveland Suburb of Berea in 1997.


- Pressed on orange/pink marbled vinyl with a red screenprinted cover. Limited to 100 copies as well.

Recorded and all that stuff on Sept. 23rd and 24th 2006 @ Russian Recording Studios in Nashville, Indiana.