Album: Burn This Racist System Down! 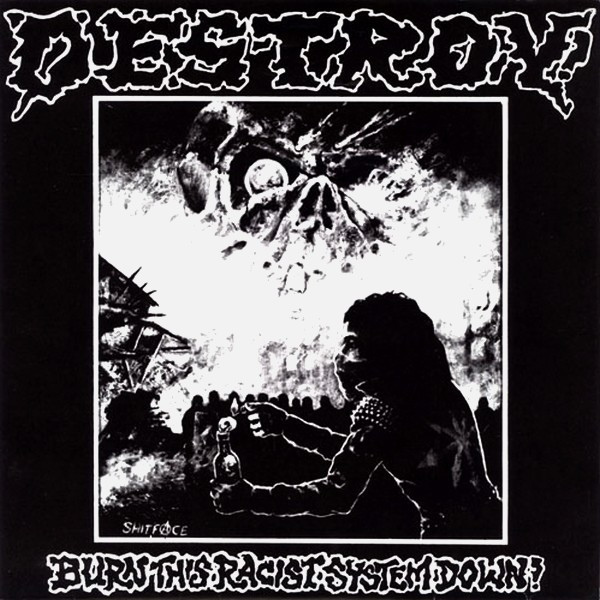 3rd pressing from 1995 with Havoc logo on back cover. One sided fold-out sleeve with lyric insert that states this is the 3rd pressing and that 6,000 copies of this EP have been pressed to date, 300 on white vinyl.