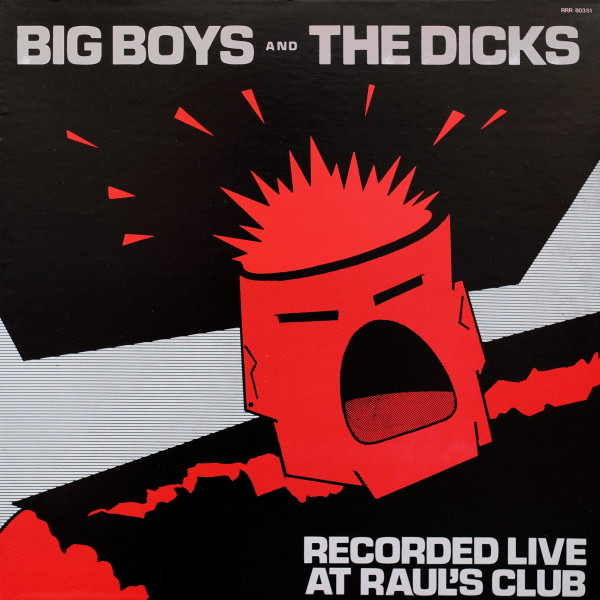 The Dicks were a punk rock band formed in Austin, Texas in 1980. The original line-up included Gary Floyd (vocals), Glen Taylor (guitar), Buxf Parrot (bass), and Pat Deason (drums). The band was known for their confrontational stage presence (Floyd was an open homosexual who frequently appeared in drag on stage and had no qualms about getting in the face of close-minded audience members) and raucous music. In 1983, the band relocated to San Francisco, California. However, Taylor, Parrot, and Deason soon decided to return to Austin. Floyd carried on with the Dicks' name, recruiting new members Lynn Perko (drums), Sebastian Fuchs (bass) and Tim Carroll (guitar). This line-up released one LP before calling it quits in 1986. Floyd and Perko went on to form Sister Double Happiness.

In recent years, Floyd, Parrot, and Deason have reunited to perform reunion shows around Austin (Glen Taylor passed away in the mid 1990's), although there seems to be no plans for a full-time reunion.

The LP liner notes incorrectly list the order of the Big Boys songs. The Big Boys' song "Authority" is also listed on the back cover but does not appear on the record. The tracklist here should be correct.