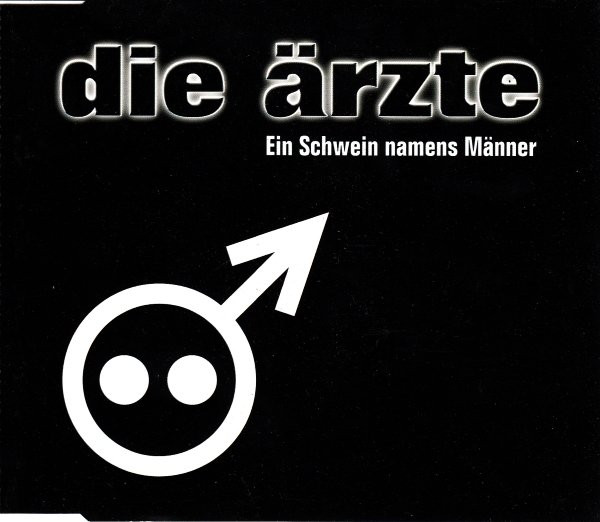 There are two different versions of this CD. On this one the inner ring is black not transparent and all pictures and texts on the CD are printed white while on Ein Schwein Namens Männer all those parts are transparent (silver).