die Hoffnung are a Gainesville, Florida band formed by brothers Jim Marburger and Jon Marburger. Those names might be familiar to you, since they were previously in bands such as Burnman and the legendary I Hate Myself, a band whose legacy has been cemented in punk/emo history. Luckily for us, they didn’t stop there. In 2005, they came together again under a new moniker, which is where die Hoffnung begins. This resulted in their debut LP, Love Songs which was released in 2006. The band crafts a unique sound on this record, featuring some angular guitar work and dynamic drumming. They keep most songs under the three minute mark, with a mathcore-influenced discordance and shouted vocals. In terms of influence, they take from the greats such as The Jesus Lizard, Shellac, and Bastro, as well as Codeine, Red House Painters, and Low for their slower material.  Love Songs is a solid LP that displays some impressive musicianship and well-crafted songs with a lot of energy and a good degree of experimentation.

The project remained relatively quiet post-Love Songs, until the brothers were joined by 2nd guitarist Travis Fristoe, who was previously in Moonraker, True Feedback Story, and Reactionary 3. The three-piece got together in 2012 for the recording of their sophomore album. What was spawned from these sessions is Elegies and Creation Songs, the long-awaited follow-up to their debut. Unfortunately, this album was not released for a few years, and in that time Travis sadly took his own life (RIP). Initially, it was going to released by Travis on his label Obscurist Press. Finally, the album say the light of day after Jason (of Palatka) released it on his own label, Belladonna Records.

Elegies and Creation Songs is an incredible album, that fans of experimental post-hardcore (or even post-punk) would definitely take interest in. It features an eclectic mix of tracks, including drawn out, slow burning rises and falls as seen in “The Passion of the Big Baby Jesus” and “Elegy For Bob Ross”, as well as fast-paced, sharp, hard-hitting post-hardcore tracks such as “Horses On Fire” and “In Flower, In Song”. I also have to give a specific shoutout to “Elegy for Ned”, it’s a little different than the other tracks on here (probably the most “emo”), but a definite highlight.  Just like their previous project, die Hoffnung are absolute masters of the loud/quiet dynamic, and can let it out just as much as they can pull it back. Many songs include stream of conscious lyrics delivered by semi-spoken semi-screamed vocals. The band burns through these songs with an undeniable chemistry, and the result is an incredible album that I am both happy and lucky to finally hear. I highly, highly recommend checking out both their full-lengths, which are available below, and if you are interested, you can pick up the LP of Elegies and Creation Songs from Belladonna Records, which is linked below. Enjoy. 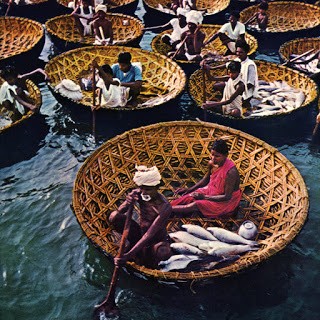 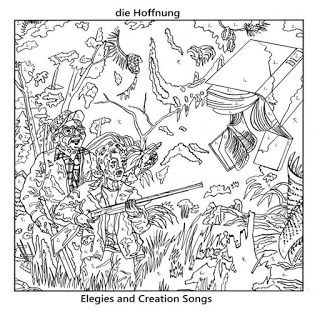 Elegies and Creation Songs (2018)
1. Elegy for Bob Ross
2. Horses on Fire
3. The Passion of The Big Baby Jesus
4. Embedded Reporter
5. Other People’s Pets
6. Elegy For Ned
7. The Creation of Wealth
8. In Flower, In Song
9. Pullman
Bandcamp
Belladonna Records