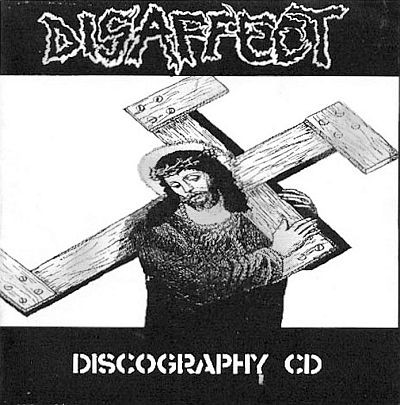 Punk band from Glasgow, Scotland, UK. Formed in early 90's and disbanded a few years later and some members along with Sedition members, formed Scatha and Quarantine. Reformed in 2019 with original members; Joe, Brian, Lynne and Billy and adding new members Lee from 36 Crazy Fist and Jim from Machine Gun Etiquette, Ramrod and Fleas and Lice.

Tracks 16-18 from split EP with BIZARRE UPROAR as part of Pestilence box set.

Tracks 19-31 from Chained To Morality LP.

Comes with a standard 7inches booklet with lyrics and credits.