Label: Not On Label (Disaffection Self-released) 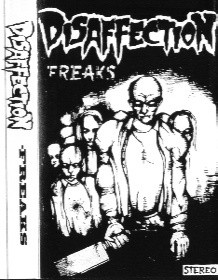 A once active speed metal and hardcore punk mixed band. They were from around Stockholm, Sweden and originally assembled sometime in 1993. They were active from 1993-1997. They have released three demos in their short existence.