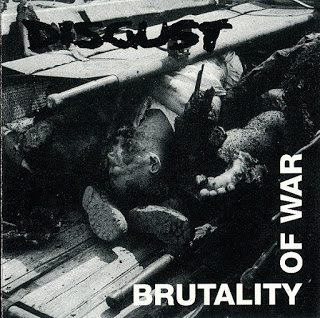 disgust was a d-beat punk band from oxford, uk. who was heavily influenced by discharge. the band featured ex-members of extreme noise terror and motörhead. their songs displayed extreme leftist and anarchsit views and their artwork was often highly graphic photographs of war,, massacres or the destitute effects of poverty. their first record from 1993. get it here