Album: Flashback To Trash Back... 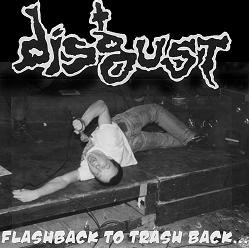 Dutch hardcore band from Venlo, they broke up in early 1986 after releasing their first 7".
Pieter, Martin and Danny later would start Gore.

This record contains their only released ep called "The Last Blast", the best trax of the "Brainwash Demo" and the "Trash Back Demo" recorded in 84 and 85. All trax have been carefully transfered from the original tapes/vinyl and re-mastered. Pictures, bandphotos, lyrics and some background info included.

DisSystema – The Grim Prospects Of Our Future (2022) Vinyl Album LP